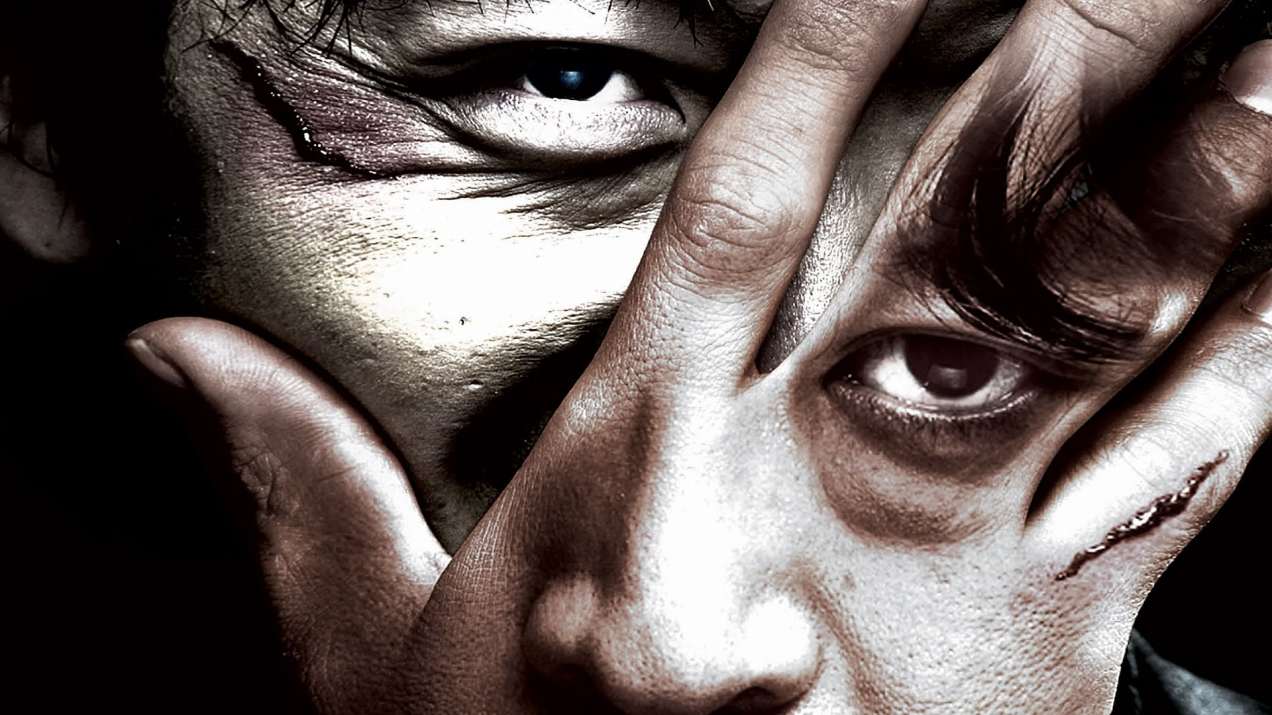 Ahhhh January: a month of both bitterly cold weather and feelings after the joys of the festive season have come to an end. The time when everyone tries their very best to hold on to the near impossible resolutions they decided to make after swigging a glass (bottle) or two of prosecco on New Year’s Eve. It is time for me to come through on one of my resolutions: the new, monthly ‘Emma’s film of the month’ posts on ATWW8P! Considering it is the first post in this series and also considering January happens to host my birthday, I decided to go for one of my all-time favourites this month.

So without further ado, let me introduce you to The Chaser (2008)…

Na Hong-jin; I salute you.

The Chaser is a fast-paced, exhilarating, infuriating, somewhat humorous, extremely sad piece of filmmaking which will stay with you for a very long time.

Kim Yoon-seuk plays Jong-ho, a detective turned pimp, whose girls keep vanishing. Ha Jung-woo plays Young-min, the man responsible for their disappearances. The first ten minutes of the film are fairly slow, showing Jong-ho go about his day to day activities, sending his prostitutes off to clients, annoyed that two of his most expensive girls have gone missing, most likely sold off to another pimp. After ordering Mi-jin to go service a client, he notices this client is the man who requested the two missing girls. After this realisation, Jong-ho is determined to thwart the man who he believes is selling his girls, throwing a whole lot of punching and kicking action into the film. The initial chase between Jong-ho and Young-min pumped my body with so much adrenaline that I was eager to run along with them. The events leading up to this chase are equally thrilling, being so excruciating to watch yet so fantastically conveyed that I found it very difficult to turn away and deservedly grimace; a juxtaposition of Young-min carrying out his sadistic torture on Mi-jin whilst Jong-ho sits in his car a few streets away desperately dialling Mi-jin’s number to no avail. What happens then on is a multi-dimensional narrative going from a “shit thrower” hurling faeces at the mayer of Seoul, to an inefficient police force, to a quest to find Mi-jin before she is killed and to convict Young-min of twelve murders, of which he has confessed too, without providing the police with a smidgen of evidence.

A screenshot of the most exhilarating chase scene!

Two things really struck me about The Chaser. The first was the ever prevailing battle between good and bad. The second was the symbolism of the rain.

A film would not be the same if it did not adhere to the standard protagonist versus antagonist narrative. However Na’s protagonist is not 100% good; Jong-ho is a man with flaws, so many that he turned in his police badge and became a pimp. Nevertheless in contrast Young-min is totally bad, he is the epitome of evil, illustrated through the lack of a solid motive, with only the possibility of impotency alluded to numerously but never confirmed. Sure, this can be frustrating but toss that aside and you are left with a deeply dark entity, completely unmoved by and not remorseful of the crimes he has committed. Put these two men together and Jong-ho’s wrongdoings seem minimal, forgivable and he is ultimately the good guy viewers crave as he puts everything he has into finding and saving Mi-jin. 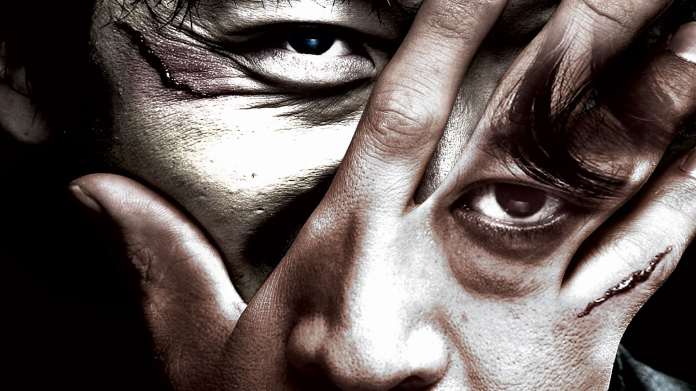 The merging of the protagonist and antagonist; a symbol of both the good and bad sides of the narrative evident in the poster!

The Chaser is crammed with despair and in my eyes, the rain symbolises this perfectly. It rains when Mi-jin’s seven year old daughter bawls after learning of her mother’s fate. It rains whilst Jong-ho stands in a blood stained room listening to a voicemail from Mi-jin crying and begging for release. It rains when the police find numerous bodies in Young-min’s front garden after initially dismissing the claim as false. It rains when Jong-ho walks towards the hospital seeing the mayor with a clean face questioning the lack of reporters there to inquire about his health, despite what has unfolded with the discovery of a serial killer. To me the rain is the perfect addition to an already emotional and tragic narrative; it highlights and reinforces the despair that all the characters, aside from Young-min, feel.

Ultimately The Chaser is fantastic, especially considering it is Na Hong-jin’s debut. With the addition of The Yellow Sea (2010), it paves the way for a very promising future for those like myself who greatly admire this man and his masterpieces.

It is a definite must see.

Have you seen The Chaser? Or any of Na Hong-jin’s other creations? Are there any similar films you can think of that might interest me? Let me know in the comments!