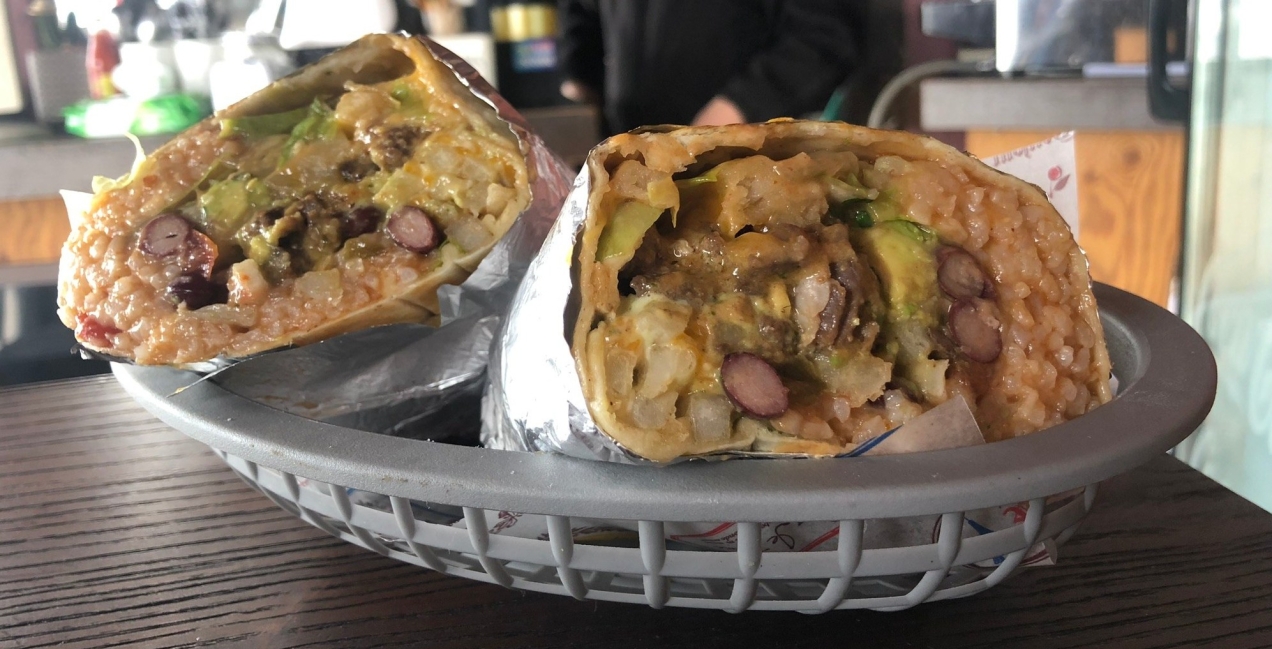 Living in Korea and trying to find familiar food that isn’t a burger (yes, sometimes even this burger queen needs a break) or a pizza (love me some pepp and pine) is not the easiest of tasks. However you can always count on the foreigner friendly area of Gwangan to serve up some delicious, non-native scran!

On my most recent jaunt along the Igidae Coastal Walk, my friend and I decided to continue our stroll onwards towards Gwangalli beach. I had heard about a small Mexican restaurant right on the strip opposite the sand and sea that serves up mahoosive burritos, and after walking with only a few pieces of apple in my belly, the prospect of such a thing was too much to resist…

My friend and I approached it from the ending point of Igidae however it is super easy to get to; make your way to Gwangan subway station, exits 3 or 5 and walk directly towards the beach (about ten minutes). Take a right at the GS25 on the corner and then walk for five more mins along the beach front and here it is! Un poco piece of Mexico right in Busan!! It is a fairly small place, it has a couple of tables inside and one outside on the pavement as well as a breakfast bar type of seating arrangement by the kitchen so keep your eyes peeled for the sign above otherwise you may miss it. 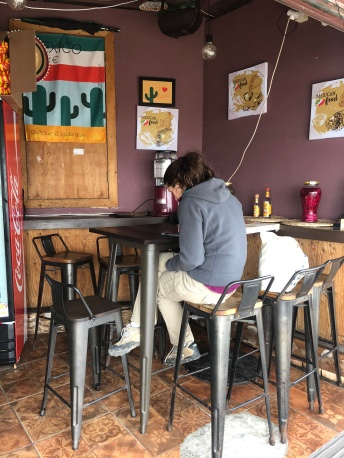 The interior
The menu is fairly small; it consists of three burritos, two types of tacos and three quesadillas as well as a variety of nachos with different toppings. I went straight in, HAM, and ordered myself the California burrito. It is the most expensive thing on the menu priced at 15,000₩ however each and every bite is worth a million. The tortilla is jam-packed with not only the staple ingredient of rice but a plethora of other foods; avocado, kidney beans, seasoned beef steak, pico de gallo, chips, cheese (ofc!!), salsa and sour cream. It is a beast of a burrito to behold! The chef even commented that not many can rise to the challenge and polish it off but, as previously stated, I only had a third of an apple milling about inside of me and therefore the challenge was taken on and completed! 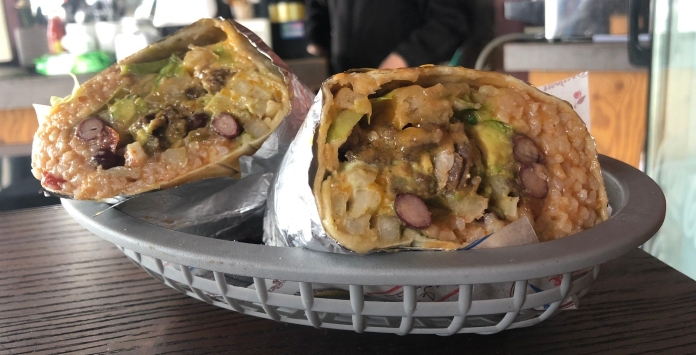 Also shout out to the chef for his homemade salsa; I had already taken a few bites before he recommended I try it with and his recommendation proved to be golden! His salsa had just the right amount of a spicy kick and fused well with all of the other flavours popping off in the tortilla; overall its flavour was heaps better than any store bought salsa or hot sauce, something you often find to be the case with food created from scratch.

Drizzled that salsa allllll over my burrito!

The homemade salsa!
It is also worthwhile mentioning that Oscar’s is veggie and vegan friendly! Needless to say I am not one or the other but I do have many friends who adhere to a more plant based lifestyle. Indeed the friend who came with is pretty much vegan; she was over the moon when I initially told her about the veggie friendly Mexican joint but was even more thrilled upon ordering and trying her very own (veggie) California burrito. If that seems too large for any veggies out there then you can also opt for the no meat tacos or the strictly cheese quesadilla.

So if you are a local or an expat living and working in Busan or if you pop by for a visit, make sure you check out Oscar’s Taco Shop! I will for sure be going there again if ever I need fulfilling sustenance after another hike but to also try the other Mexican classics available on the menu; mainly the beef quesadilla which I have on good authority is delicious and served with a homemade guacamole dip!!